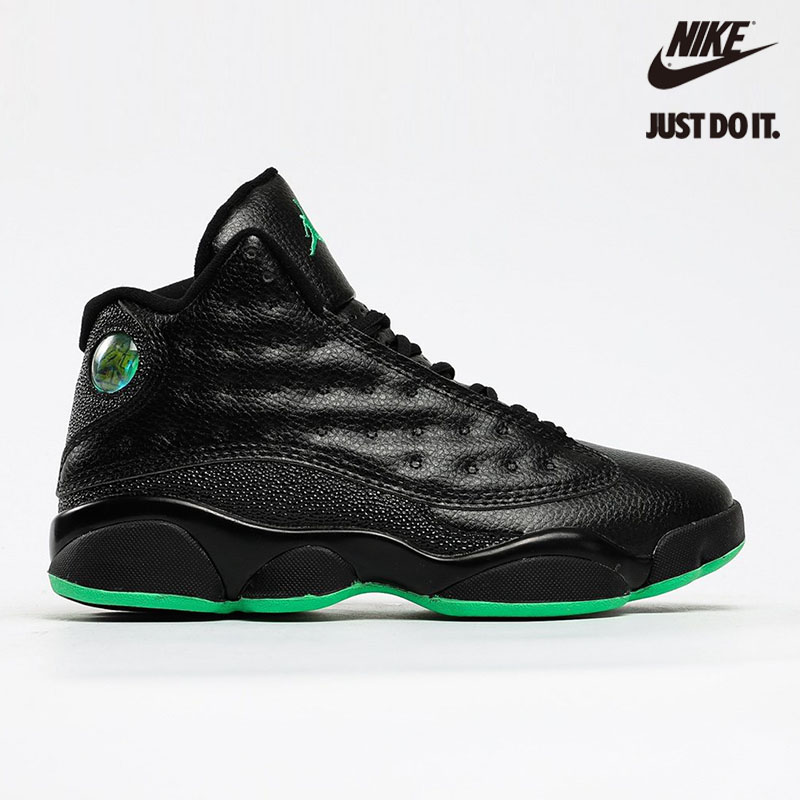 Initially released in 2005, and previously re-released in 2010, this Air Jordan 13 ‘Altitude’ was released just in time for the 2017 holiday season. Contrary to its 2010 predecessor, which prominently featured mesh, the Air Jordan 13 Retro GS 'Altitude' 2017 features a black leather upper. The sneaker also boasts textured overlays on the side panels and Altitude Green details on the Jumpman logo on the tongue, the signature hologram logo at the heel and the traction-forward outsole. 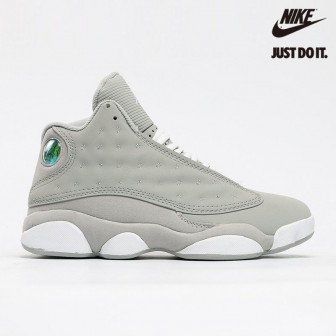 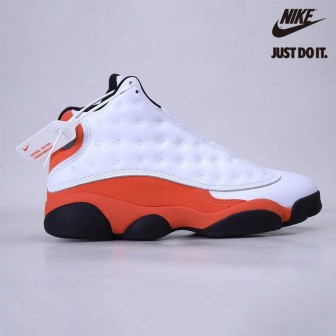 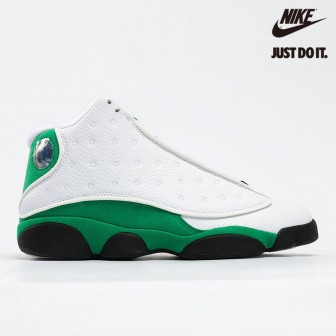 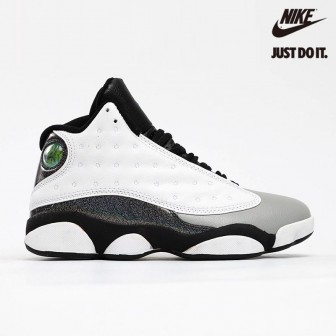 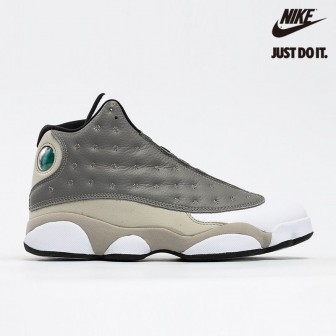 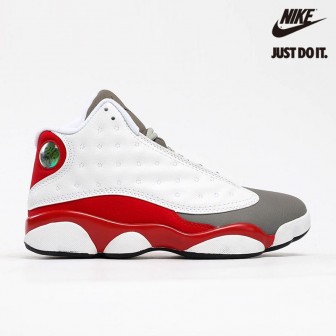