Never afraid to reinvent itself, the Nike Air Force 1 has sported many interesting looks throughout the past three decades. From Flyknit construction (2016) to React cushioning (2020), reimaginations of the ’82-classic have also been seen on other product offerings from the Beaverton-based brand, but a new mini swoosh at the heel of this recent Air Force 1 Low for Kids begs the question, “Has Nike ever placed that there?” Part of the “Outside The Lines” pack, this iteration of the street-icon sits atop an “Aurora Green” outsole that immediately grabs your attention. While free of glow-in-the-dark capabilities, it combines with teal, red, and blue accents on the white shoe’s upper half – primarily exposed stitching – to ensure its image is ingrained in any passerby’s mind even after the lights go out. Signature profile swooshes receive some color via the aforementioned red detailing, while their smaller counterpart right below the lateral collar opts for “Racer Blue” flair. Tongues and insoles are taken over by aqua hues, the punchy scarlet arrangement adds some contrast at the former’s branding, and the “NIKE AIR” logo at the rear sits on a blue backdrop to round out this mish-mash. 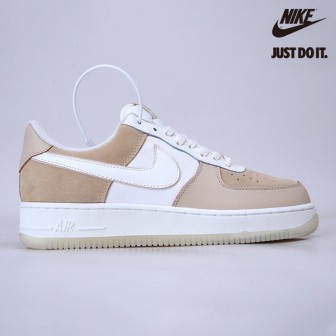 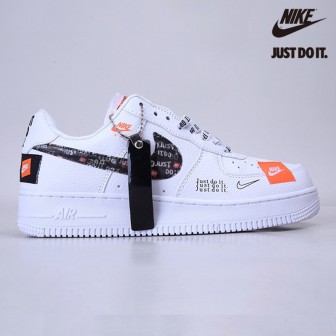 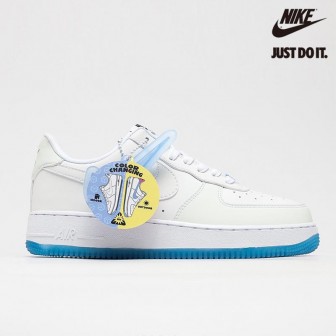 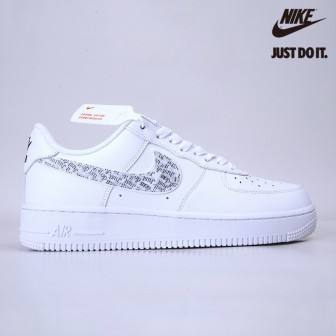 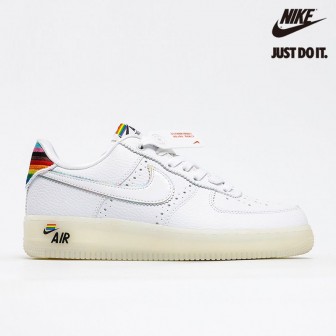